I got to Colombia (after a 28 year absence) seven years ago. I remember being very excited my first July, back in 2010, because I was ready for a big party on Colombian independence day, July 20th. I was used to the huge Colombian Festival in Pico Rivera (Los Angeles, California) and imagined that celebrations here would be even better.

I was very disappointed to say the least.

Unfortunately, Colombians don’t celebrate independence the way gringos do the the 4th of July; you will not find any out of control parties, largely attended parades, or fireworks everywhere.

When I was a kid (in SoCal) I’d finish doing my homework then my dad had me do homework he had assigned me, which involved Colombian history.

Most kids would have died from a double dose of homework, but I actually liked it and had fun reporting back to him what I had read when he got home from work at night.

According to history the Spanish were petulant and disdainful towards Colombian creoles (Colombian born patriots). Moreover, there were restrictions and limitations in trade and to governmental positions they could hold. As a matter of fact, in 1809 a bright Colombian named Camilo Torres Tenorio (who was later captured by the Spanish in Buenaventura, Colombia and executed for treason) wrote the Memorial de Agravios (“Remembrance of Offenses”), in which he listed all the grievances Colombians had against their Spanish rulers. On the morning of July 20, 1810, Joaquin Camacho (a statesman, lawyer, journalist, professor and signer of the Colombian Act of Independence) went to the Viceregal palace (home of Viceroy Viceroy Antonio José Amar y Borbón) to petition for for an open town meeting regarding independence. The petition was denied, of course, the patriots knew this would happen because they had petitioned times before with the same outcome.

As this was going on, a group of patriots headed by Luis de Rubio went to José González Llorente’s (a well known Spanish merchant) place of business to ask to borrow a vase to decorate a table for a celebration in honor of Colombian creole sympathiser Antonio Villavicencio. Of course Llorente refused to let them borrow the vase, for he only sold items, plus he was a Spanish crown sympathizer, therefore would never let someone use his stuff for a celebration in honor of a creole sympathizer.

Subsequently the people of Bogota took to the streets to protest Spanish arrogance. Guided by Colombian patriot leaders, one being José María Carbonell, the town’s people got to the main square, where they boisterously demanded an open town meeting to determine the future of the city and New Granada (Colombia). In my opinion Colombian independence day isn’t celebrated with such gusto as U.S. independence for two main reasons.

Firstly, although Bogota declared its independence at almost the same time as various other parts of the surrounding region they did not unite.

Secondly, the following years would be marred by civil conflict between independent regions and cities that the era is known as the “Patria Boba” which roughly translates as “Idiot Nation” or “Foolish Fatherland.”

Furthermore, despite peace treaties having been signed between Colombia and rebel forces, one can say that there is still internal conflict.

This, coupled with the fact that the Colombian people do not trust the government (because of its corruption,) doesn’t really inspire fevered celebration. I’ve lived in Medellin for nearly 7 years now and have yet to see any big parades or festivities in the city for independence day.

Many show patriotism by flying the Colombian flag at home. Most take the day off to hang with family and/or lay around all day. Yes, lay around all day, or as many of my paisa friends put it “hacer pereza.” Unlike the fourth of July in the states, there’s not much heavy drinking or partying going on. Also, it’s not a four day weekend. Many take the day to relax at home or go visit their family at nearby towns.

I did research to find some Independence Day parades in Medellin…and only found one. It’s a independence day military parade that happens every year.

I looked up some of the clubs in the city to see if they’d be having an Independence day themed parties on the 19th (since the 20th is a holiday) or on the weekend and found nothing. Check it out:

Discoteca Babylon – which has ladies night every Thursday and is always packed…you’d think they’d have something going on that night…but nothing, it’s just a normal lady’s night.

Bendito Seas – also has a great ladies night every Thursday, yet it has no Independence day party info for that night, or the weekend.

I wish we celebrated Colombian independence day like we do when the Colombian National team scores a goal. Photo courtesy of Joel Duncan Photography

Shit, it looks like it’s better to be anywhere else but in Colombia for a good Colombian Independence Day festival. Julio and Rocio Macia at the Colombian Festival in Los Angeles. 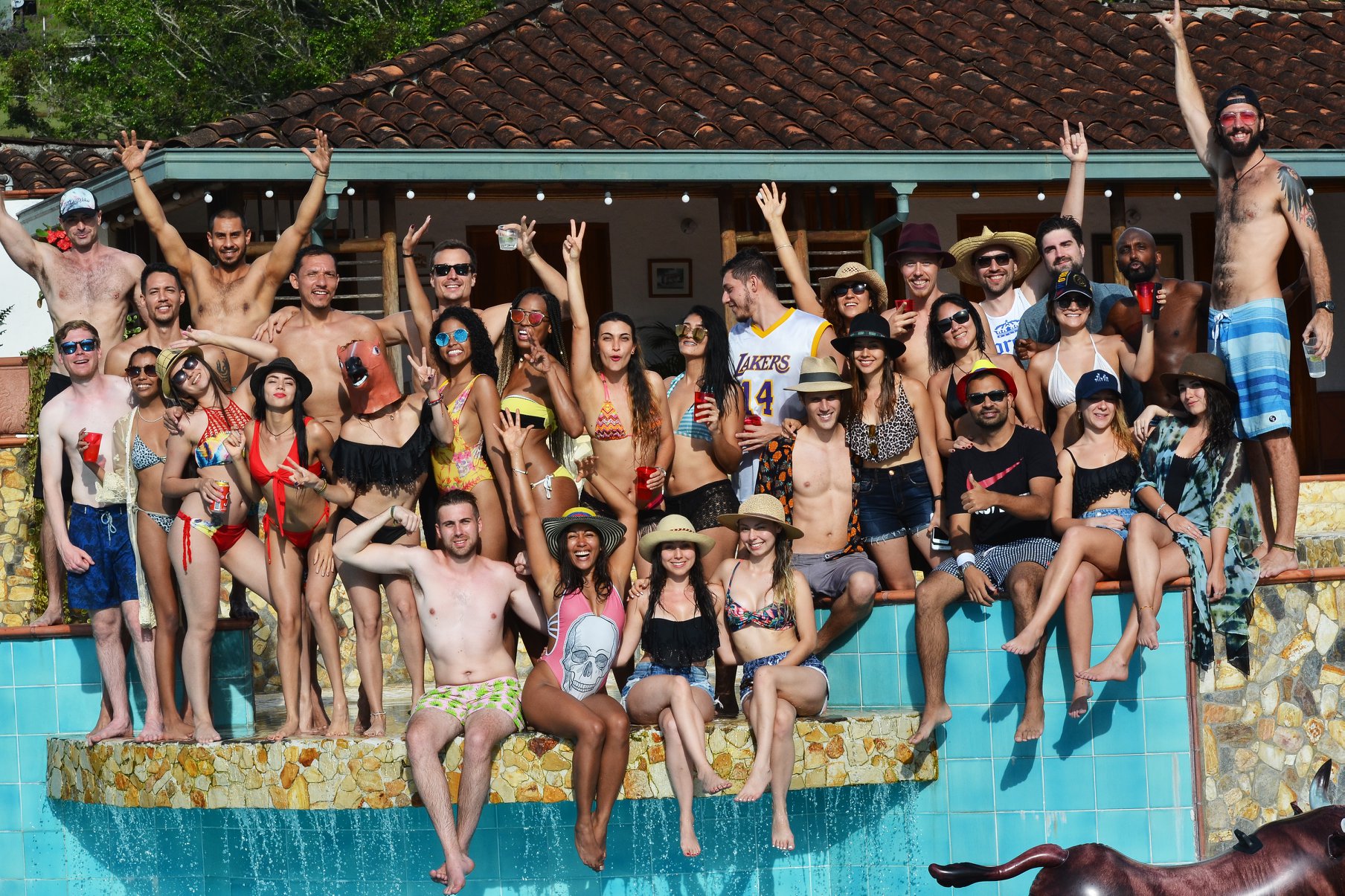