Tinto Tintero is a multicultural bar in Poblado next to Parque Poblado.

Owning a business in Medellin

“My dear, here we must run as fast as we can, just to stay in place. And if you wish to go anywhere you must run twice as fast as that.” ― Lewis Carroll, Alice in Wonderland

Alice once remarked while travelling in her strange land: “curiouser and curiouser.” The name of this imaginary place that Alice found herself in was itself an expression of her feelings; a place to inspire wonder. Who doesn’t travel, at least in part, to rediscover a curiosity they may have misplaced along the way?

As much as we enjoy the familiarity of home, given time, familiarity breeds a contempt of our own routines. So we set out to ply the open road. For many of us, especially when we start, travelling amounts to an exercise in collecting visa stamps and photos in front of the most widely recognized destinations: Great wall, Taj mahal, Pisa, Giza, Mona Lisa.

If these first steps into a wider world don’t eventually evolve into a more complex appreciation of why it is we wander, then inevitably this feeling of wonder that Alice enjoys, diminishes. There is, obviously, more to travel than impressing ourselves and others back home, by the fact that we’re capable of it.

If you’re lucky enough to make your home in a country far from your tierra natal, you’ll be faced with the challenge of finding interesting reasons for being there.

For the enterprising resident abroad, there are many options to choose from. I first made it to Medellin after knocking about here and there and I was happy to hang my hat, at least for a time, in this city of eternal spring. I had spent some 20 years working in various places as an English teacher. My chosen profession, respected more often for the geographic freedom it affords one than the general standards of its practice (which are, at a wide enough glance, admittedly low) had been good to me, but I was itching for a change.

I put in two years teaching at a reputable high school as a way of getting acquainted with the local terrain, and then, on the urgings of my better half, Monika, and my own interests in becoming a businessman, launched Tinto Tintero.

Now for those of you with enough cash to commit to the undertaking of trying to generate a living as an entrepreneur in a country where they speak another language and regard time as a dimensional curiosity that only occasionally corresponds with one’s daily activities, and are doing so primarily to enrich yourself, I would heartily dissuade you from doing so in Colombia.

Unless you enjoy the good fortune of being that one chimpanzee in ten thousand who produces a work of Shakespeare, you will be committing yourself to disappointment and a punishing self-loathing that I would wish on only one or two of my worst enemies.

Whatever the laws that govern the generation of wealth are, they function as differently here as do the laws of time. There are various reasons for this, but that’s the topic of a different commentary. Suffice it to say that you will want to have more to motivate yourself than the ages old dreams of sweaty conquistadors beating back the jungle in search of their El Dorados, because in the end, this, or an experience similar to it, is what you will replicate.

However, if your thirst for worldly adventure is coloured by other aspirations, like, for example a desire to share an education and love of ideas that you’ve come by in the course of your travels, then you may find yourself pleasantly rewarded by your efforts in the Medellin that I’ve come to know and love.

You will suffer your defeats as, to continue the analogy of past colonizers, the order of Jesuits did in their often misguided efforts to educate the “noble savages” of the new world, but you will find a few victories along the way as well.

And although I wouldn’t make the mistake of assuming that philosophical, spiritual or educative aims are superior to purely materialistic or hedonistic ones when it comes to those of us in the expat community here—because in the end, at a certain level, we’re all selling something—I think you would encounter less resistance and more collaboration and your relationships would be more symbiotic than parasitic.

I mean, parasites are as important to whatever ecosystem they belong to as the fungus and algae that spend their existences feeding and protecting each other as lichens are, it just depends on what kind of social animal you want to go through life as.

Right, so Tinto Tintero. The idea was relatively simple. Start a café/bar with an eye to promoting a mix of cultural offerings, some of which are a bitch to make money from (poetry readings, international cinema, language exchanges, a lending library) and pay for these activities by way of more traditionally lucrative enticements: excellent live music, great cocktails, decent bar food and cheap shots.

Putting it all together however, has proven to be a feat far beyond anything I could possibly have imagined. In darker moments—and there have been more than a few of these—I have thought about it in terms of Bolivar’s cautionary pronouncement made on his deathbed: “America is ungovernable; those who served the revolution have plowed the sea.”

Not that operating a bar is anything as noble as inspiring a revolution, but there are days when I feel his pain. Happily, more often than not, I have an ample supply of the energy I need to continue pursuing this project and bringing it to what I am now certain will be its inevitable success. Our manager is always happy to greet you.

The bar has become a place of many moods. On Tuesdays our open discussion (tertulia in Spanish) on a mix of provocative topics has for 5 years drawn an interesting cast of characters—university professors, expats and backpackers from at least 30 countries and the occasional drunken philosopher that wanders in off the streets to join the fray—and while many of them are happy to sit and enjoy a cold beer while weighing the different perspectives on show, there are an equal number eager to defend social attitudes from the anarchic left to the fascist right (proponents of either extreme are routinely tarred and feathered to the jeers of the raucous rabble).

These evenings are free to all and everyone is welcome.

Wednesdays, also free, we have our in house salsa expert put you through your steps to help you feel a little less pathetic than you almost certainly look on the dance floor. Thursdays we invite the jazz greats of old to haunt the jams put on by the aspiring students of EAFIT University’s jazz program. The music may start off with breezy and casual airs but almost without fail culminates in a frenzy of flying elbows, the pursing of swollen lips and the racing of nimble fingers all of them conspiring in a crescendo of sweaty licks any jazz bar would be happy to have push its walls out.

Fridays and Saturdays the music on tap continues with an eclectic mix of blues, retro rock, experimental, reggae, electronic and salsa. And all of these weekly activities are rounded out by monthly trivia nights in English where you can test whatever inane knowledge you’ve cluttered your mind with against others who are equally hopeful to show the world how accomplished they are at being trivial. Those with more of an interest in mixing, mingling and tripping over their own tongues in an attempt to impress attractive members of the opposite sex show up for our language exchanges put on by Medellin Buzz.

These encuentros are a perfect meeting point for the eager, the shy, the hopeful, the luckless, the cocky, the blissfully modest and anyone else determined to put a bit of love and learning in their pockets and take it home with them. Me and my friends in Medellin.

As for me, for all the bitching I’ve done and sweat I’ve spent, for all the tears that have been shed and the modest quantities of blood that are inevitably spilt in this kind of effort, I gotta say, I wouldn’t change a single fucking thing.

The bar has helped me grow into the world in the most unexpected of ways, it’s tested my mettle and put a spit shine on my resolve and at this still not so late date in my life, the wonder of it all is showing no sign of letting up.

Take a look at our events calendar. 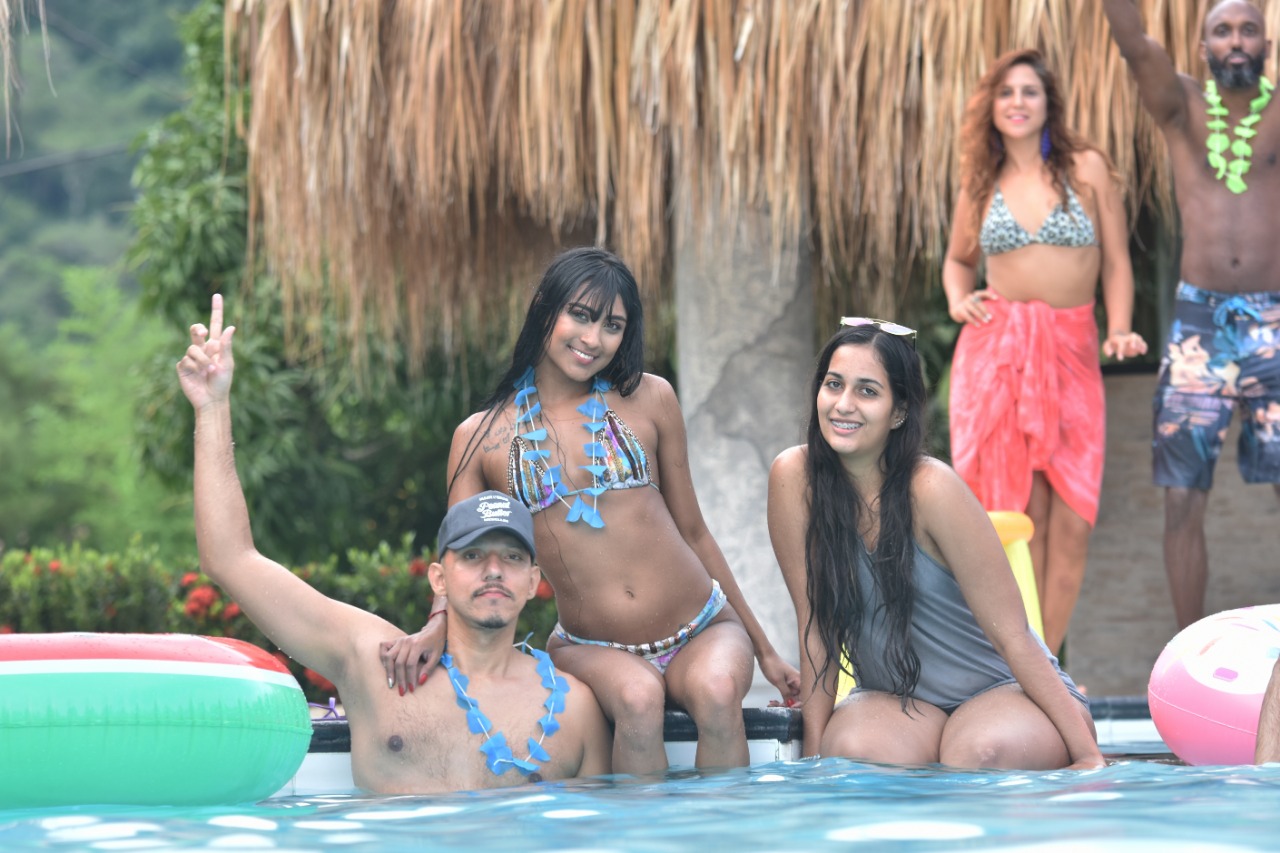